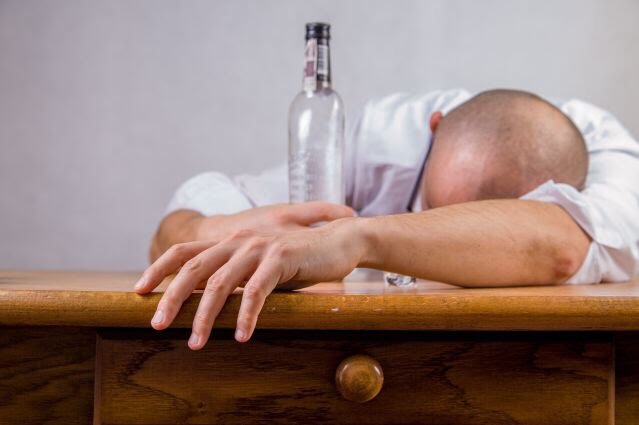 A new study from University of Colorado at Boulder reports that the psychological and social consequences of heavy drinking outweigh the physical hazards of alcohol abuse. This is especially true in terms of mortality rates. Heavy drinking was found to create a domino effect that can lead to a premature death.

The April 2015 study “Drinking Problems and Mortality Risk in the United States” was published in the journal Drug and Alcohol Dependence.

The CU-Boulder researchers found that the social risks of drinking—which included everything from losing a job to having a spouse threaten to leave—were strongly linked to mortality. Surprisingly, the physiological consequences of alcohol abuse—such as having the jitters from withdrawal or becoming physically ill—were less linked to mortality.

What Are Your Habits Surrounding Alcohol Consumption?

The CU-Boulder study analyzed the drinking habits of 40,000 people across the nation, and focused on 41 specific drinking problems. The researchers had access to information about which participants died between the time of the survey and 2006.

The statistics linking alcohol abuse and mortality are alarming. Study participants who had been through an intervention by physicians, family members, or friends had a 67 percent greater risk of death over the 18-year study period, according to the lead author, Richard G. Rogers.

Participants who reported cutting down on social or sports activities because of alcohol use had a 46 percent higher risk of death over the same 18-year period. In an unexpected twist, issues like drunken driving or engaging in other physically hazardous behaviors did not result in a significant uptick in death rates.

One of the most unexpected findings of the study is that 48 percent of people who consumed less than one drink a day also admitted to having some type of problem with alcohol in the 12 months prior to the survey.

The research data allowed the CU-Boulder team to investigate the mortality rates associated with 41 separate drinking problems including:

• Unsuccessfully trying to cut back

• Driving a car after drinking too much

• Losing ties with friends and family

• Drinking more to get the same effect

If you drink alcohol, what are your patterns of behavior? Do any of the bullet points on this list relate to your life experience? Do you ever binge drink or abuse alcohol?

Binge drinking in the United States is on the rise according to a different April 2015 study from the University of Washington published in the American Journal of Public Health. The skyrocketing increase of alcohol consumption by American women is considered to be the driving force behind the nationwide escalation of binge drinking.

The researchers suggest that women’s drinking habits have evolved as a reflection of changes in “social norms,” but the reasons are probably much more complex.

A 2011 study from the Center for Advancing Health found that people who abuse alcohol and are impulsive will most likely to die sooner. People with a drinking problem and weak impulse control are more likely to die in the next 15 years than their sober peers.

Alcohol abuse can be a catalyst for impulsive behavior, excessive risk-taking, and recklessness that can lead to an accidental death. On a promising note, the researchers found that having a strong social support network can diffuse life-threatening behaviors caused by alcohol-fueled impulsivity. In a press release, lead author Daniel Blonigen, PhD said,

Based on past research, impulsivity is related to a wide range of health risk behaviors [besides heavy drinking], like smoking, drug use, dangerous driving, and risky sexual activities.

On the positive side, the study found that individuals who reported strong supportive relationships with peers and friends to be somewhat protected from the consequences of impulsivity: They were less likely to die than those who lacked that resource.

“What seemed important was the strength of friendship, the degree of trust, and the ability to confide,” Blonigen concluded. “The numbers of friends didn’t make much difference. The findings reaffirm the importance of measuring and emphasizing the social support network in alcohol treatment programs.”

In response to this study, Kenneth Sher, PhD, a professor of psychology at the University of Missouri, pointed out the dual-edged sword that someone’s social nework can have on his or her alcohol abuse and impulsivity. Sher said, “If you’re around people who keep you in line it will help; if they themselves are heavily involved in problem behavior, it could have the opposite effect.”

Conclusion: What Is the Best Way to Reduce Alcohol Abuse and Binge Drinking?

If you think you might have a problem with alcohol, there are a wide range of options for seeking help. Unfortunately, relapse rates for alcohol abuse remain alarmingly high for those who seek total abstinence through traditional 12-step programs. That said, groups like Alcoholics Anonymous have helped millions stay sober and live longer.

Traditionally, complete abstinence has been the modus operandi for treating alcohol abuse or dependence. However, there is a growing movement toward “harm reduction” by many addiction specialists.

www.deborahgalvin.com Counseling individuals, families, and couples, EFT relationship specialist, clinical researcher, Supreme Court certified family mediator, qualified parenting coordinator, adjunct professor, and medical/healthcare marketer. Join me as I blog through compilations of key descriptions, components, professional and personal accounts, articles, shared experiences, clinical criteria, victimizations, and behavior patterns in persons with high-functioning alcoholism, substance addictions, complex and covert Cluster B personality disorders, and the subsequent emotional abuse of those close to them. My goal and purpose is to create awareness, share knowledge, information, and education. I hope to provide clarity to anyone who may be feeling baffled and confused, or who may not understand what it is they’re seeing or experiencing in their life, or in the lives of someone close to them. Most importantly as a counselor, therapist and abuse survivor, my hope is for those readers to know they are not alone in their journey of discovery and the process of learning, identifying, and healing from the trauma of emotional and psychological abuse. Instagram: @galvindebbie Facebook: Deborah Galvin, MSW @deborahgalvincounseling Twitter: @galvindebbie www.deborahgalvin.com LinkedIn: Deborah Galvin, MSW View all posts by thelastchardonnay