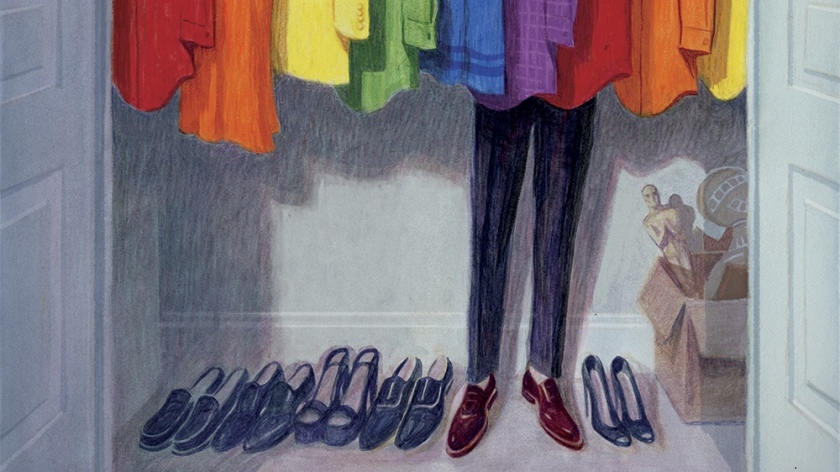 Many know through experience there are few worse things than suddenly discovering and uncovering, in the cases of Narcissistic Personality Disorder, a lifetime of personal (and often professional) lies, deceit, fabrications, secrets, patterned infidelity and betrayal. Yes, there are few worse feelings then suddenly and unexpectedly learning you’ve been lied to about most everything you were ever told throughout the course of a long relationship by a well seasoned deceiver. There’s also nothing quite like the wrath and fury of a covert Narcissist whose disorder has finally been exposed.

Accepting that realization that you were just one of many, many victims, many “beards” over many, many years is a most dreadful experience and unfortunately not as uncommon as one might think. Learning that everything was manufactured, everything was well calculated, well strategized and planned as they spent years creating a false persona to reel you in, to then eventually move from person to person throughout their lives as the truth begins to unravel again over time with each new person. And it unravels over time, every time. So many out there have hidden secrets that still have yet to be discovered. One wonders if some ever will.

In this era, it’s hard to imagine that latent homosexuality of the past (subconsciously suppressed) still exists even at a time when so many have authentically, safely emerged from the closet even well into and beyond middle age after decades of hiding behind countless unknowing, unsuspecting (mostly) female victims, some of whom still to this day may not know what happened so suddenly in their relationship facade, and why, because they hid it so well.

The ones who emerge can go on to live their true, authentic life outside their “dark shadow” as postulated by Carl Jung and make peace within themselves. Sadly, some Narcissistic abuse victims may innocently blame themselves as they were systematically brainwashed, programmed and conditioned to do as unknowing pawns to keep so many of the narcissist’s secrets hidden from public view.

Many latent homosexuals have covert Narcissistic Personality Disorder and substance addictions are also common. The years of their self-hatred can be contradictory and confusing while remaining buried indefinitely, but likely will become clear and evident when they reach a crisis point in their life and cannot maintain the facade and continue holding up their mask. Sadly, some of their countless victims never get those answers, but will likely heal in time regardless of their understanding of their abuser’s deep-seated issues.

Once it does comes to light, one may wonder how they ever missed it as the pieces of the puzzle suddenly fall smoothly, logically together and in place, fitting like a glove. The isolation strategies and tactics, the control they placed on your schedule, who your friends and associations were– even to the point of forbidding friendships with certain people that didn’t meet their approval. (In hindsight it was always the ones who could see them in their true form and who could reveal them to their victim).

The love of certain designers preferred by a very specific population demographic, the uncharacteristic music preferences, the obsession with custom made clothing, the extremely tight fitting pants, and the “flagging” of the long sleeve shirts all methodically grouped by color, shade, fabric, and sleeve length. The unexplained mood shifts and sudden anger directed at themselves and others. The chronic OCD. The familial pattern of several out of the closet homosexuals (while some are still hidden) in their DNA pool. The narcissistic obsession with money. The childhood through adulthood gay friend who died of AIDS who they claim they never knew was gay. The skipping, the crossed legs, the pinkie finger that never touches the glass, the anger and fury with themselves upon the slightest bit of weight gain, the hunger strike until the weight gain is gone, the obsession with everyone else’s weight around them from neighbors, relatives, friends and coworkers. The constant belittling, put-downs and criticisms of everyone around them. The ability to mimic and mirror whatever new lifestyle and new zip code they are once again attempting to hide behind. The jealousy and envy of anyone they know whom they feel is authentic, more socially, professionally and financially successful than themselves. The Alcoholism. The pattern over the years of countless sudden splits, divorces, and the consequential repeated pattern of very fast moving new relationships, hidden infidelities, re-coupling and remarrying with no time in between. In their minds, that chaos and confusion will create the questioning of others, but only when it’s been used a few times, after that it no longer works and their true identity becomes clearly seen and visible.

The misogyny, the vehement despising of all and any women with feminine values and glorification of (only) women with masculine values, masculine tendencies and masculine features they admire such as an appearance of athletic prowess and perceived financial success they can camouflage their identity behind. The desperation to move quickly from one person to another in an attempt to appear normal and regain lost credibility from their bizarre behavior. The unexplained obsession and hatred of homosexuals. The last ditch attempt to keep the closet door shut. The desperation within the downward spiral and choice of new beards. The chronicled behavior pattern and prediction of sudden resorting to overtly masculine females, ones with dark, disturbing lifestyles with sketchy, shady backgrounds, reputation and history. Ones with similar patterns and disorders of their own such as substance abuse and addiction, Histrionic with Borderline Personality Disorders, Antisocial Personality Disorder, and Narcissistic features. What a pending disastrous implosion when two people with the same or very similar patterns and personality disorders join forces to deceive and use the other for their own hidden agendas.

Eventually, time catches up to all abusers and karma if you will, begins to step in. The taker gets taken in a seemingly altruistic display of the universe’s idea of poetic justice for all their long lines of unknowing, previous victims. The abuser now becomes the victim in a strange twist of fate.

People with Cluster B personality disorders must work very quickly because they cannot hold their masks up indefinitely. It doesn’t take much pressure for the sociopathy and psychopathy to reveal itself so they must lock in their next victim very quickly. These are notoriously addicted, unstable, impulsive, unpredictable, highly promiscuous, attention seekers, who are frequently flamboyant, socially inappropriate, and extremely hyper-sexual and even pansexual. They often believe laws and societal rules do not apply to them. This is often an outwardly desperate attempt by the latent homosexual narcissist to find any arousal by the opposite sex and stay hidden in the closet.

As previously mentioned in my past articles, “The Shadow Knows, The Troubled and the Toxic, and The Closet Eviction” these Cluster B personality disorders are becoming more common and prevalent in our society as we inadvertently and unknowingly encourage and enable them to metastasize. As previously stated, when what is hidden inside one’s dark shadow isn’t addressed and treated, they will leave a path of destruction for their unknowing victims, their friends, and even their children. Sometimes when they become desperate they may unknowingly reel in another Cluster B just like themselves who is also wearing a mask. Ironically and quite poetically, their new victim will become their abuser. There’s nothing else like the wrath and fury of a Narcissist whose mask is down and whose identity is exposed.

It is important to research your concerns and not to dismiss the red flags along the way by finding and making excuses for their unusual behavior. It will not change, it will not go away, it simply continues and grows as they age. The coping mechanisms they’ve developed over the years such as substance abuse and addiction will also increase in depth, complexity and severity, even when it’s quickly breaking down and is no longer working as well for them as it used to.

Empower yourself, learn and become familiar with the signs and the red flags you may have missed so you know what to look for in the future and be cognizant of these behaviors. Do not make excuses for them. Most importantly once you’ve identified it in anyone, partner or friend, go no contact for your own safety and quality of life. This includes any family members or enablers of the Narcissistic abuser who may have indeed acknowledged, recognized, and admitted to being aware of the abuse you endured, but will then choose to ignore, enable and look the other way pretending it does not exist in front of the abuser and their next victim. Just as they likely did while you were being abused.

One simply cannot save someone from themselves, but you can save yourself from being a part of their eventual self-destruction. You can and you will become whole again after Trauma Bonding and Narcissistic Abuse. Forgive yourself for not knowing the signs and identifying your abuser before it was too late. Remember this is not normal behavior and it is not your fault for not knowing the signs. Grow, heal, create safe boundaries, and begin to put yourself first again.

www.deborahgalvin.com Counseling individuals, families, and couples, EFT relationship specialist, clinical researcher, Supreme Court certified family mediator, qualified parenting coordinator, adjunct professor, and medical/healthcare marketer. Join me as I blog through compilations of key descriptions, components, professional and personal accounts, articles, shared experiences, clinical criteria, victimizations, and behavior patterns in persons with high-functioning alcoholism, substance addictions, complex and covert Cluster B personality disorders, and the subsequent emotional abuse of those close to them. My goal and purpose is to create awareness, share knowledge, information, and education. I hope to provide clarity to anyone who may be feeling baffled and confused, or who may not understand what it is they’re seeing or experiencing in their life, or in the lives of someone close to them. Most importantly as a counselor, therapist and abuse survivor, my hope is for those readers to know they are not alone in their journey of discovery and the process of learning, identifying, and healing from the trauma of emotional and psychological abuse. Instagram: @galvindebbie Facebook: Deborah Galvin, MSW @deborahgalvincounseling Twitter: @galvindebbie www.deborahgalvin.com LinkedIn: Deborah Galvin, MSW View all posts by thelastchardonnay